5th Conference of the Serbian Society for Ceramic Materials: 5CSCS-2019

5CSCS-2019 covers all aspects of ceramics: modelling, synthesis, properties, processing and applications of bulk, films, powders, nanomaterials, composites providing a platform for academic exchange among participants from universities, institutes, companies around the region in the field of ceramics research as well as to explore new direction for future development.

5CSCS-2019 will be hosted at the Faculty of Mechanical Engineering, University of Belgrade. Situated in the center of Belgrade, it is easily reachable by public transport and surrounded by many hotels such as Constantine the Great, Zira, Holiday Inn Express, Metropole Palace etc. The conference dinner will be held at Vizantija boat. 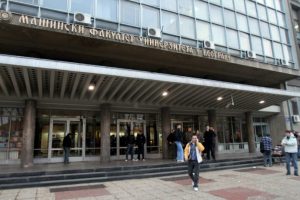 Belgrade is the capital city of Serbia and has a population of around 1.7 million. It is one of the oldest cities in Europe and has since ancient times been an important crossing of the ways where the roads of eastern and western Europe meet. Belgrade is located at the confluence of the Sava and Danube rivers, where the Pannonian Plain meets the Balkans. Due to its position it was rightfully named “Gates of the Balkans” and the “Doors of Middle Europe”. It is home to the highest concentration of nationally important science and art institutions: the Serbian Academy of Science and Art, founded in 1886; the National Library of Serbia, founded in 1832; the National Museum, founded in 1841, the National Theatre, founded in 1869, and University of Belgrade, founded in 1869.

5th Conference of the Serbian Society for Ceramic Materials: 5CSCS-2019